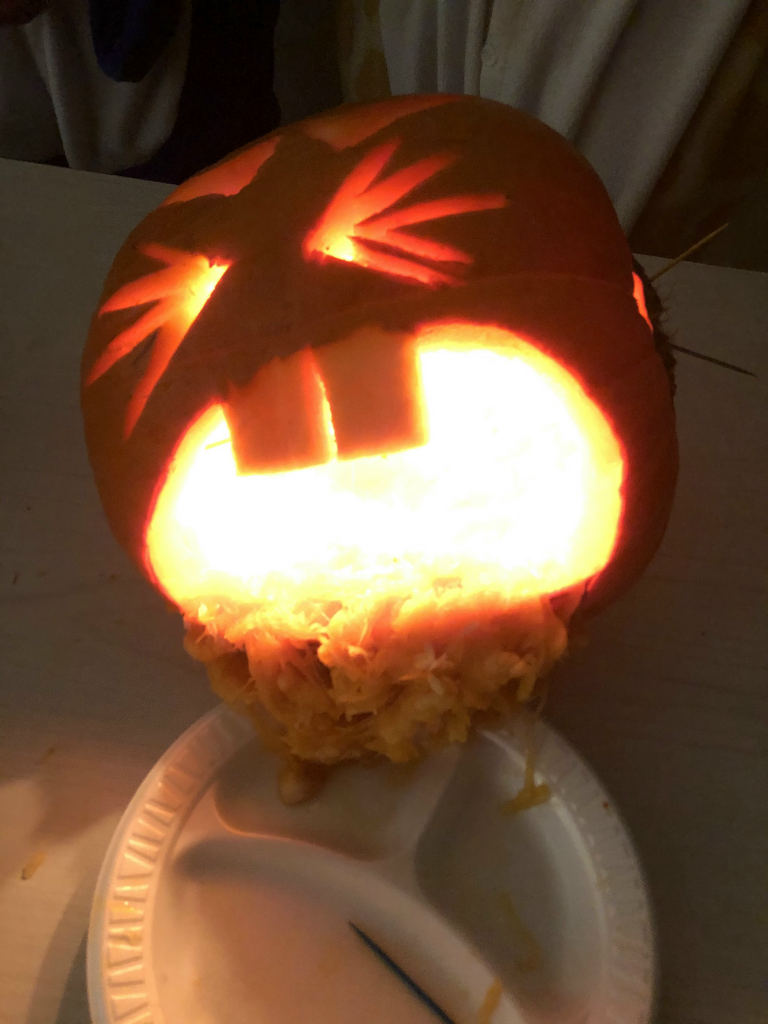 Some of the tricks that awaited its students included a creepy tour of the school such as a mad scientist in the English room and a deranged cult leader in the history room surrounded by chanting students holding candles in pitch darkness. 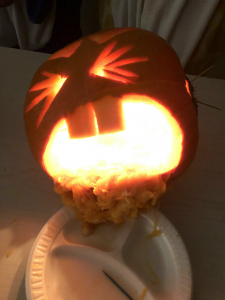 The students competed in a pumpkin carving contest that saw numerous imaginative designs but the clear winner was the buck-tooted pumpkin with food poisoning. The Soviet Union Pumpkin was a crowd favorite however.

The costume contest had a clear winner with 9th Grader Steven’s Counter-Strike character costume including bulletproof vest and face mask blew the competition away.

Finally, Halloween Jeopardy resulted in a landslide victory for team 1 with Henry, Caleb, Ian, Steven and David winning by over $11,000! Congratulations guys, see you at lunch. 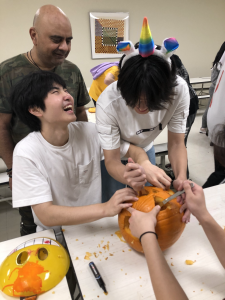